Five years ago Dave posted on his blog:

"The God of Heaven tells me all the world should pray that Baghdad does not fall."

It seemed to me at the time that the issue at hand for Baghdad at the time was ISIS, who occupied territory near Baghdad. I said my prayers for Baghdad at the time, and while I can't definitively take credit for the downfall of ISIS, ISIS definitely seems to have been defeated.  Indeed, ISIS peaked in late 2014 and was already beginning to decline by the time Denver made this post in February 2015, with Iraqi forces retaking Tikrit (87 miles NW of Baghdad) on March 12, 2015. 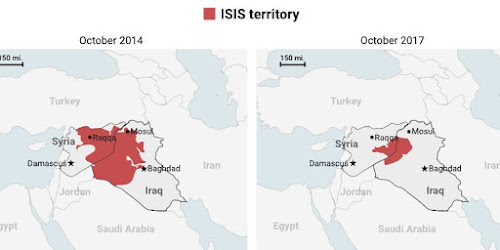 But May 28, 2015 Dave followed up with another post, just after ISIS took control of Ramadi on May 17, 68 miles to the west of Baghdad:

"Days of distress are upon Baghdad and the days of their troubles are begun. Distress shall overtake them, for those who come shall have no pity."

This seems to indicate that Baghdad would fall, and that our prayers did not abate the Lord's ire.  However, ISIS has seemed to be the nation to fall, and Baghdad remains in the hands of the Iraqis.

But the title of the Denver's February post is Babylon, not Baghdad.  And while Baghdad falls within the borders old Babylonian empire, I'm wondering if Baghdad actually means Babylon, as in

"The God of Heaven tells me all the world should pray that Babylon does not fall."

But then why would we pray that Babylon does not fall, when Babylon are the bad guys?  Shouldn't we be praying that Babylon does fall? Perhaps it depends on what replaces Babylon, and what happens between the fall of Babylon and the Lord's return in glory.  Much like what replaced Saddam Hussein in Baghdad wasn't necessarily an improvement over Saddam (even though he was a monster), the chaos that follows the fall of Babylon and its economic and political institutions might be even worse than Babylon if Zion is not ready for the fall of Babylon.
If we take our parallels from the Book of Mormon, are the Gadianton robbers Babylon, or are they what comes after Babylon?  Or if the Gadiantons are Babylon, then what follows is the low point of 3 Nephi before the coming of the Lord--the fall of the government, the people dividing into tribes, and eventually, destruction.  The  Book of Mormon makes no specific mention of Babylon by name on the Large Plates of Nephi (only on the small plates).
So if Baghdad means Babylon in Dave's first post, does the followup post fit Babylon rather than Baghdad?

"Days of distress are upon Babylon and the days of their troubles are begun. Distress shall overtake them, for those who come shall have no pity."

In 2019 I would have said no, but this year...well, all of Babylon's institutions seem to be crumbling.  I don't know who will win the 2020 US election, but I will predict with confidence that whoever loses this election will not see the outcome as legitimate.
at September 14, 2020 No comments:

Interesting symbolism in the hosanna shout 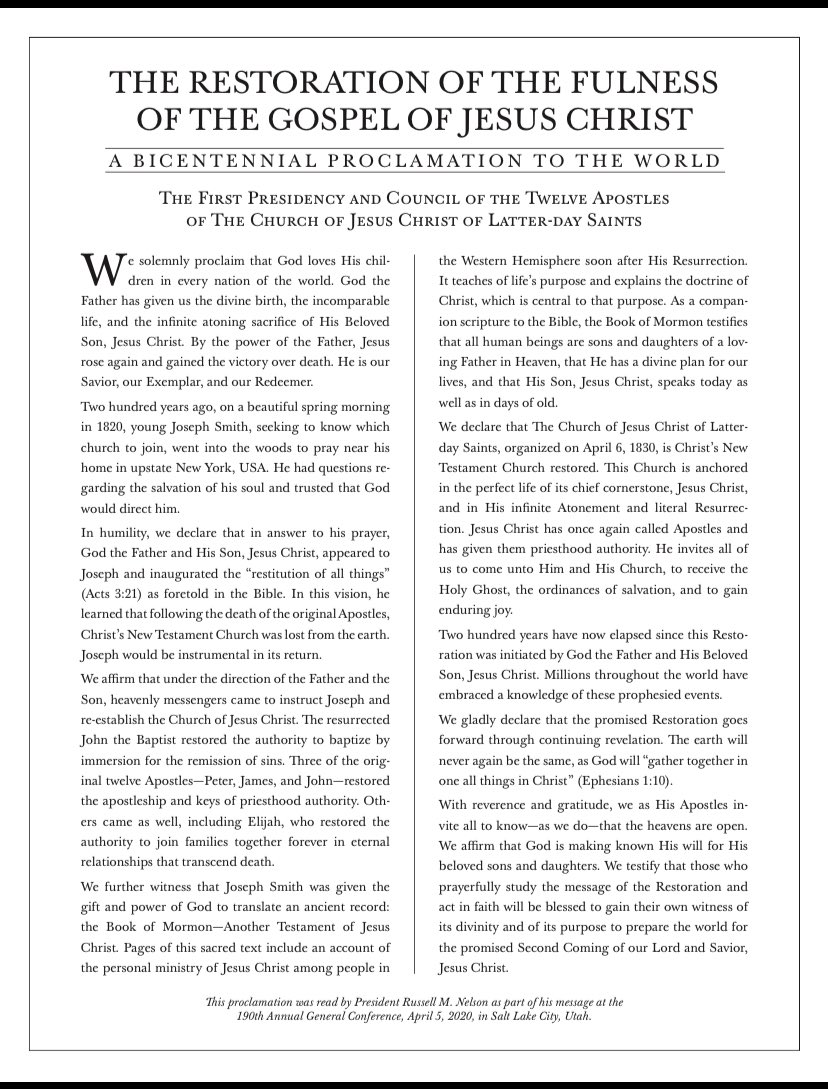 The symbolism of 3 old men alone in a room shouting hosanna has some impressive symbolism. Will the last person to leave the church please turn out the lights?

Given that the leaves were green in upstate NY, this was taped no later than September 2019.  This is the big thing they’ve been building up to even before the last conference. They're all out of ideas. They give us regurgitated slop and expect us to shout with joy.

But the word hosanna--God save us-- is fitting: We can still look to God and not these jokers.


Me seeing Nelson in the sacred grove: