Touch the Truck for Enlightenment


Young Buddha sought enlightenment, and a car.  Dharma told him he had a great journey ahead of him, for which he would need both.  A local radio station was holding a touch the truck contest, in which the last person to remove his hands from the car, wins the car.

Determined, Young Buddha decided he would sit at the car and meditate until he reached enlightenment.  He was not alone in his quest.  Many Buddhas had also made the journey to seek enlightenment, and the car.

A month passed.  Some of the Buddhas had bowed out of the contest.  They didn't get the car.  It wasn't clear if they received enlightenment.  The radio station didn't expect this to take so long, so they made an addition to the rules:

If all of the people touching the car agree to end the contest together, they can share the car.


The Buddhas thought they could reach agreement; they were all of like mind, they were all devoted to finding enlightenment, and none of them needed the car more often than a couple of times a month anyway.

Agreement was not so easily reached, however.  There were a few factions who had strong opinions about how the car should be used, and all of them had compelling arguments.  Each Buddha wanted to use the car to serve and bless others. 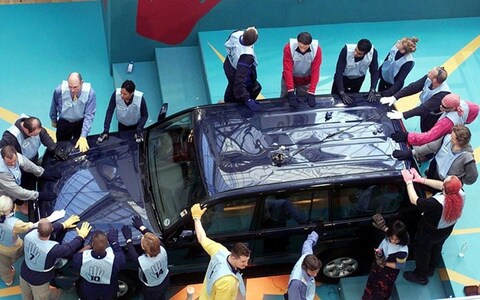 Young Buddha said, "Let my skin and sinews and bones dry up, together with all the flesh and blood of my body! I welcome it! But I will not move from this spot until I have attained the supreme and final wisdom. And the car."

The impasse remained.  A year went by. The arguing had died down, but no new solutions were offered.  A few Buddhas took their hands off the car and left.  The long wait gave Young Buddha the time to think, and meditate, and pray.  As more time passed, more Buddhas took their hands off the car, and walked away.  Some angrily, some peacefully. Young Buddha's resolve remained firm.  After all, without the patience to wait for the car, how could he have the patience to withstand the great journey ahead?

A few more Buddhas left until there was only one other Buddha left beside Young Buddha.  They had never agreed on how to share the car, but over the years they had become great friends.  Neither diminished in their resolve, each truly believing that the great journey could not be accomplished with the other's plan for the car.  Still, while their resolve was never diminished, their desire to convince the other was, their thoughts turning inward to meditation.  Finally, Young Buddha, decided that his love for his Buddha brother was so great that he could trust him to decide what to do with the car.  Young Buddha arose, took his hands off the car and walked away.  The car had served its purpose moving him forward on his great journey.

The Buddha that remained, did get the car, in the end.  And, in the end, the car did bless, and serve, and unite the Buddhas. 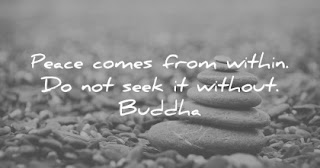